An adventure spin-off for the monkey-rolling franchise. Players will discover that in Super Monkey Ball Adventure their monkey balls now have a whole host of new abilities, including sticking to walls, hovering and the ability to become invisible. Super Monkey Ball Adventure also contains 50 new puzzle levels and six new party games to challenge gamers of all ages. Players can select Aiai, Meemee, Gongon, or Baby to adventure their way through five different Monkey Ball Kingdoms to complete quests by solving puzzles and ultimately uniting the feuding Monkey Kingdoms and defeat the Naysayers who have sucked all the joy from the Monkey Ball world. The PSP version allows for wireless multiplayer gaming — now you can challenge friends at mini-games while on the go! 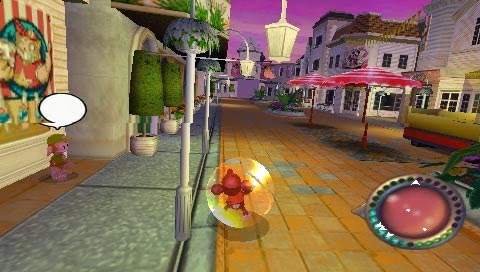 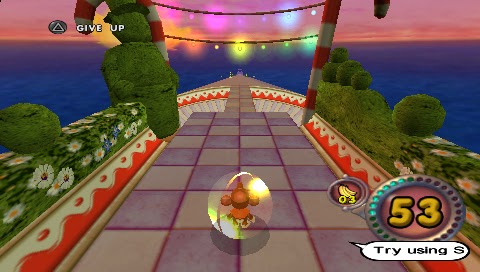