In the shady underworld of The Con, you are a fighting thug who’s in it for the money. Dollar bills are falling all over these unsanctioned street brawls, and you stand to gain by knocking out a foe for the dough, or taking a dive for your cut — just don’t let on that you’re faking getting worked, or the crowd will smell your con. The game’s fighting system has each button on the system controlling a different limb of your fighter for complex brawling in 3D space utilizing any of five fighting styles from 20 characters. Tag-Team fighting allows teams of up to three to battle in single player and multiplayer modes. Create-a-Fighter (including face mapping from your photo collection) allows players to put themselves in the ring. 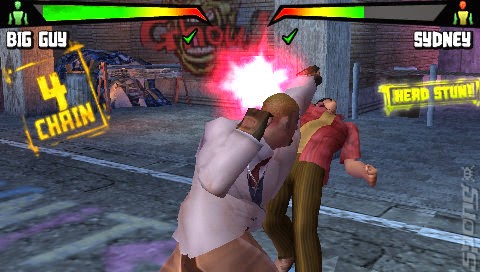 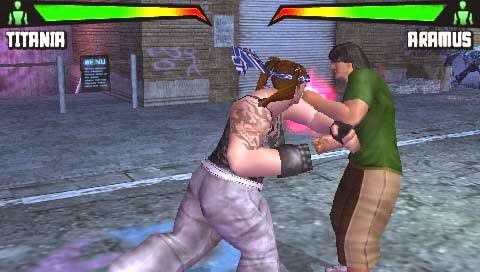 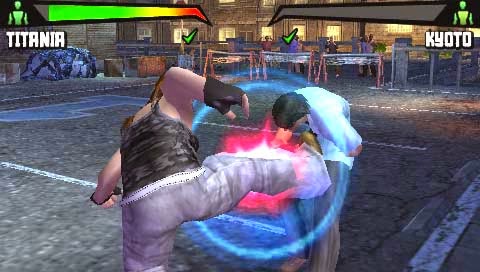